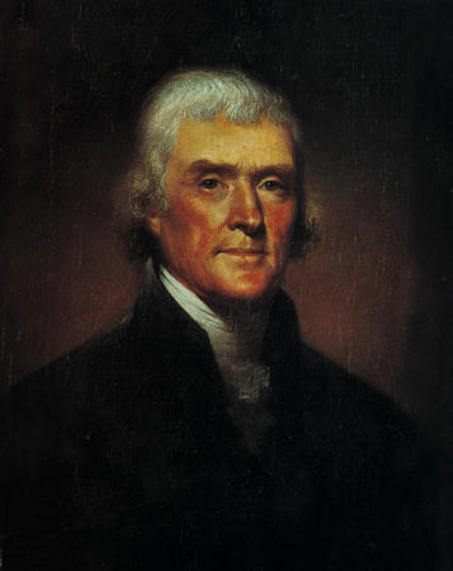 (The highlighted achievements above appear on the obelisk that marks Thomas Jefferson's grave.)

"I like the dreams of the future better than the history of the past."

"I have ever deemed it more honorable and more profitable, too, to set a good example than to follow a bad one."

"I predict future happiness for Americans if they can prevent the government from wasting the labors of the people under the pretense of taking care of them."

"I have sworn upon the altar of God, eternal hostility against every form of tyranny over the mind of man."